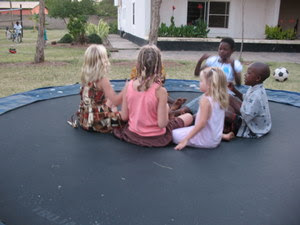 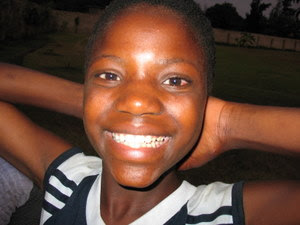 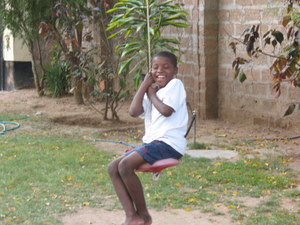 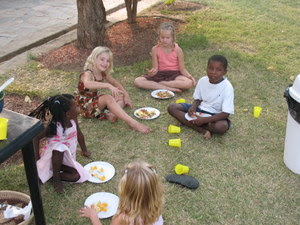 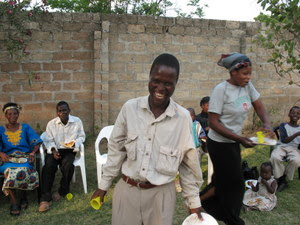 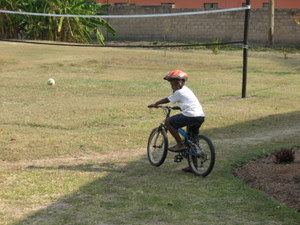 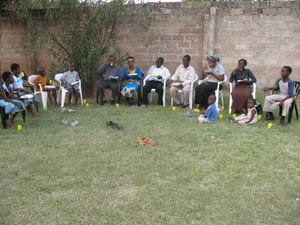 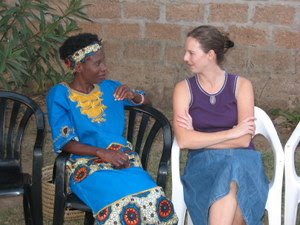 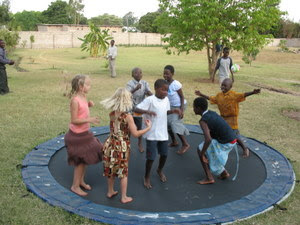 We hosted a party where we were able to serve our workers and give them a fun day off. We had a great time of jumping on the trampoline, playing volleyball, soccer, riding bikes and much more. We fixed tacos and fruit salad, and made cookies. For most of them it was the first time they had ever had a taco. It was a good time and probably what ministered to me most was just listening to them laugh. One guard is going through a very difficult marriage issue that is too personal to write on a blog. Another lost a spouse, another is going to school full time and working full time, so for him it was such a nice break. They laughed so hard, deep belly laughs, while playing volleyball and this kicking game. As they left, they expressed such respects and gratitude, and yet I wanted to say thank you to them. At the beginning, it was a bit awkward, but the international language of play kicked in and before long everyone was having a great time. Some cool memories include watching Miriam, our househelp's son, learning to ride a bike for the first time. Here he is, the same age as my kids, and he has never learned to ride a bike. I pushed him a bit around the yard. He kept trying and trying. Another was watching Julia bond with Miriam's daughter, Slyvia. They were so cute together. Bradyn is so good with meeting people for the first time and becoming best buddies. All in all, a great evening! I will put pictures in tomorrow... Internet is reallllly slllllloooooooowwwwwwwwww.
Posted by Steve at 10:30 AM

Probably a day off like this seems dream to lot of those folks. Here i complain to work 5 out of 7 days .. :)

Do they understand English? How do you communicate?