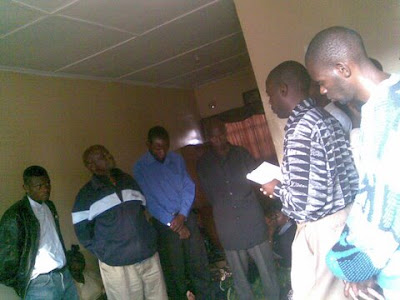 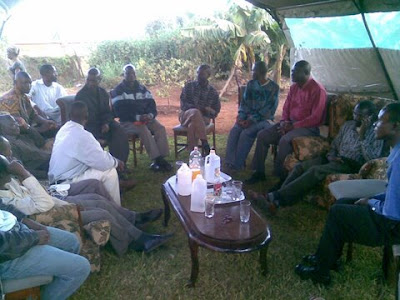 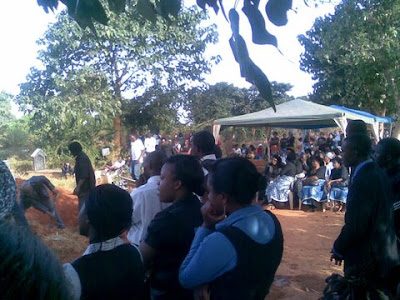 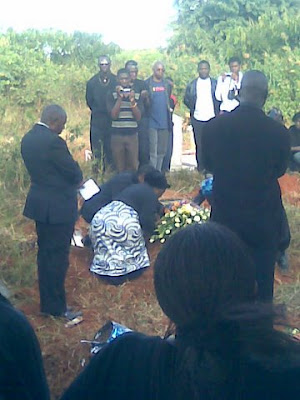 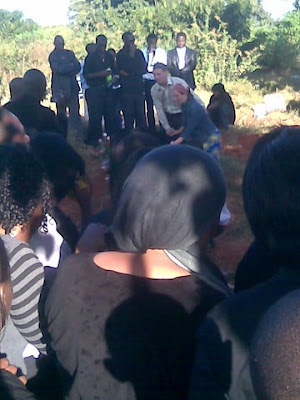 I haven't written much about something that has dominated my thoughts the
past week. Our dear friend John Chitambo and his wife lost their 21 year
old son Joshua to a yearlong kidney disorder. It has been an incredibly
difficult time for their family as you can imagine. It has been so hard to
watch the process, understanding God's sovereignty with a lack of medical
care here in Zambia and knowing that all things work for good, somehow. I
didn't really know Joshua; I may have met him once, but John who is a
student in our bible college and a national worker in our HIV ministry is a
dear friend

He died last Friday, and so we cancelled class to go spend time as a class
with John. It was a very special moment watching the 14 other pastors
hugging John as they arrived, ministering to the ladies inside the house and
spending time together with John. I was proud and incredibly grateful to be
among these brothers. I know John appreciated us being there, and it
continued to forge a tight bond together as a group. We are more than just a
bible school, but pastors who are learning to love each other despite
differences in personality, denomination and tribal nationalities.

On Sunday we had the funeral. We arrived a bit late (normally on time) and
the service started on time (normally late), so we were without a seat. That
was a until someone important showed up and moved his way through the
standing only crowd. We followed him all the way to front and found two
seats near the front of the church. It was a very powerful service and
emotional as well. The pastor who spoke was as moved as any speaker I have
ever seen shared. His sincerity was very powerful and his plea for people to
commit to walking with Jesus was very encouraging. The whole funeral
affected me deeply. I can understand why Ecclesiastes 7:2 says "It is
better to go to the house of mourning than to go to the house of feasting,
for this is the end of all mankind, and the living will lay it to heart." I
am nearing 40 years of age. It still shocks me. Am I living well? Am I more
than halfway done with my life? I am not immortal. What is my life speaking?
Am I ready to meet my maker? Death makes you reflect on the quality of life
and its preparation for eternity. It was a powerful service and then came
the viewing of the body, which was literally two feet from my seat. The
wailing was loud and long and deep. I lost it when I walked by John and saw
his tears. This man who is so joyful and positive and the life of any party
was broken. I went over to his seat and just buried my head in his
shoulders. I felt like I was the one being comforted. Death is so common
here and it affects everyone. It is difficult to think you are immortal
living in Zambia. Death is just a few steps away and is no respecter of
age, race or economic status

The gravesite was a difficult time, having to say goodbye, for real.
Watching the grave descend, watching the dirt be placed on the grave, and
the finality of it all brings with it a sense of reality that is painful and
sobering. One by one, people make their way down to put flowers on the
grave, starting with family and then relatives and the friends. Tim and
Andrea represented ACTION Zambia and then I went down to put flowers on the
grave as part of the pastors that were represented there.

Sad days. We are praying for the family, and that the pastors will be a support and encouragement to them.