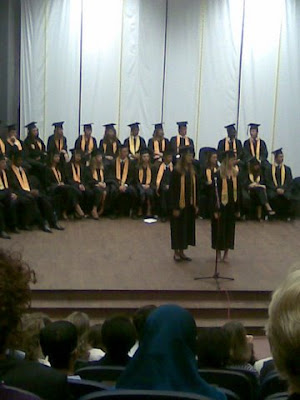 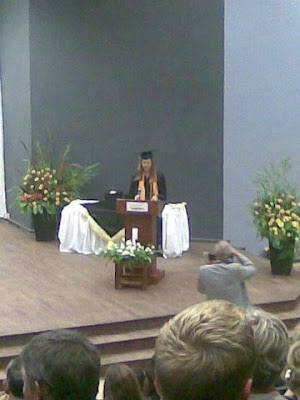 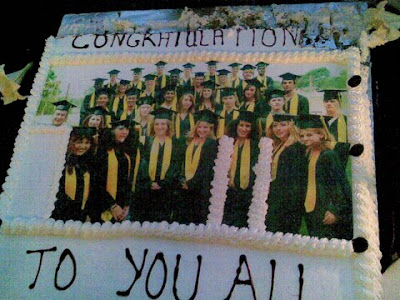 One of the students in the youth group that I co-teach on Sundays graduated
from high school last week. We were invited to the graduation ceremony and
it was a cool experience.

First of all, it was called the "American School" but it was definitely more
international than just American. There were 15 countries represented out of
the 34 that graduated. Check out some of these names of people who
graduated along with the student we know. Imagine trying to say this name
out loud during the graduation:

It was also cool because Christi was the valedictorian and she sang a duet.
It was just an interesting dynamic, being at an American school in Zambia
with a majority of non-American students and parents. I was struck by how
nice the school was, the nicest I have seen in Zambia. Then I realized while
I was driving out that it was what you would call "normal" in the states.
Lastly, you gotta love the cake. Didn't know anyone did that in Zambia. That
was cool anywhere you have it.