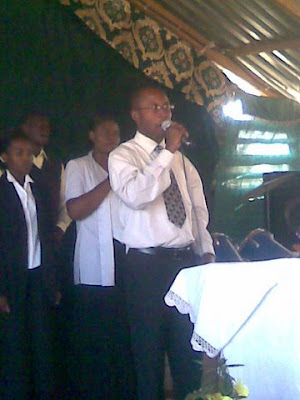 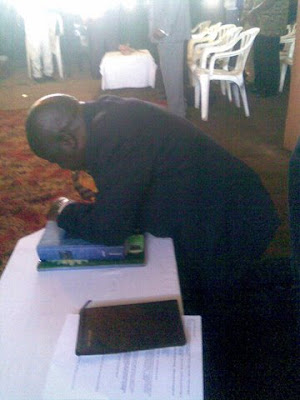 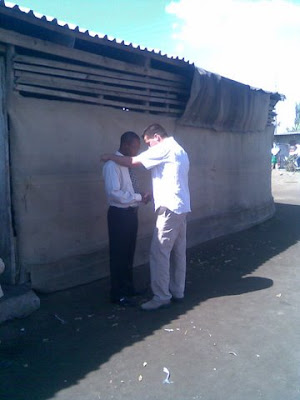 I visited a church this past Sunday morning of two pastors in my program.  Bonaventure Mumbi and Ben Mumbi, father and son, share the pastoring at the True Worshippers Church in Kanyama.  I brought the Short Term team from Vacaville, California who is here working the Ciyanjano chalets with me. (You can meet them via video, here!) One of the pictures is Ted praying with Ben.  I appreciated their hearts for this church and the pastors and it was fun to share church with Americans. It is SUCH a different world. I had a chance to preach and that made my week!

It was a great morning in many respects. I try to get to a pastor’s church that I teach at least once a month and I had never been there before. In addition, it was fun to see Ben, particularly, in action. He is so quiet in class, but during the service, he was leading worship and organizing everything and admonishing his church. I was talking to one of the church members after the service and a guy named Paul who had grown up with Ben was telling me how much his preaching had improved since he has been coming to our Pastor’s class.  He explained how he is preaching within the context and explaining the passages.  So, that was encouraging to hear.    And lastly, during some worship, it was particularly moving to see Bonaventure, who is probably 60+ years old kneeling down to pray. He is Godly man and a treasure to have in class.