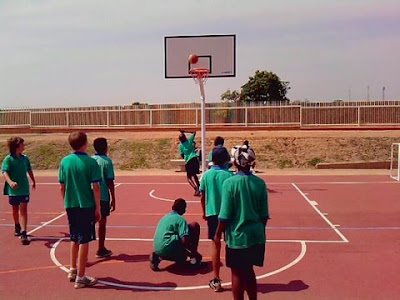 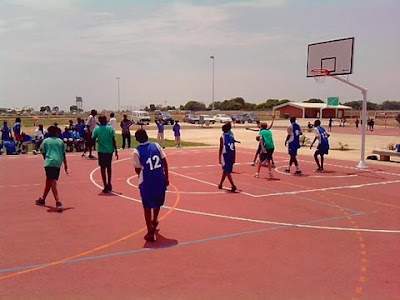 Well, we had a U-13 tournament today at the Olympic Training center here in
Zambia. The first game we played awesome with Hassan hitting the game
winner in the last seconds of the game. But, game two and three we dropped
the games because our shots wouldn't drop. The fourth game we tied. So,
overall we went 1-2-1... Not too bad considering our guys were 11 and 12 and
had never played a game before today. One of the players has a dad who
teaches the bible at a college as well so that was cool. He shared
afterwards how much he appreciates my coaching the team. It is a bummer you
can't feel how hot it is in the pictures. I brought some cold water to the
games and buy noon the water was literally hot. I am not sure I could have
fried an egg on the court, but I wouldn't have been surprised.
Posted by Steve at 6:59 AM