I want to apologize that you weren't me this morning. Seriously, what an amazing morning. We had a great pancake with the pastors breakfast. Daddy mixes the pancake batter and Bradyn flips! We make a good team. 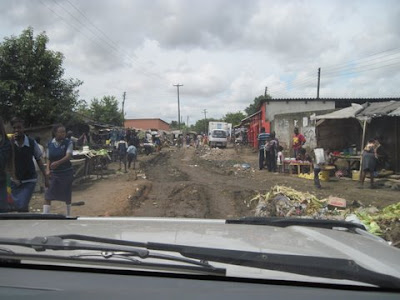 So the pastors, Pete and I were talking this morning and Peter Zulu shared about the Neighborhood watch they are organizing in their compound. The past month, the police post was burned to the ground because of some injustice that went on, and so with no police post and very little police presence, Peter decided to organize a neighborhood group to walk the streets at night and provide protection for the community if someone sees or hears a thief. He has over 70 people on his phone list, and just last night 24 people walked through the compound patrolling. He was elected the chairman of this watch committee. He said that he got the idea of how to help the community by the sessions with Bruce on community development a couple of weeks ago. I was really encouraged by this. First of all, it is free. Second, he is now helping and befriending many non-Christians. Third, he is helping the community. And lastly, he is building a relationship with the police department as a partnership of protection. Peter said he is using scripture to help guide the meetings. He is always the first one out in the streets as well, which is a big deal. Once he is out, the others will come out of the house. For a community that struggles with fear in every dimension, Peter is showing how faith in God can help overcome fears. Anyways, amazing. 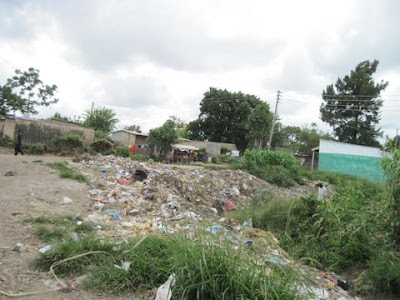 Then, Pete and I went with Peter and Joseph to visit Peter Zulu's church/school.

It is amazing the progress they are making at the school. The building is done. The kids are learning, 40 or so in the morning and another handful in the afternoon. Amazing. I have watched this building go up, bit by bit, and now to watch this building being used every day of the week by some of the neediest kids in the community to make a life-changing difference is impossible to even explain. There was a little girl with orange hair which means that she is malnourished. Three classrooms in one room. Three teachers, volunteering. On a river where no one ever dared to build. And the bridge. It is almost done. They are waiting on some rail lines. The water was so high, we couldn't even pass that way. The bridge will bless the whole community. 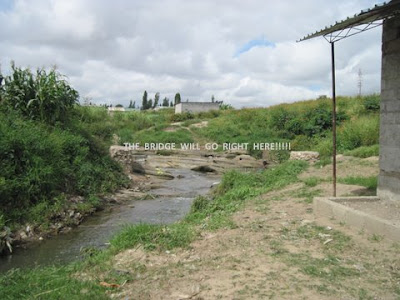 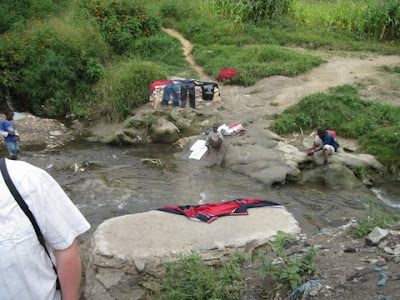 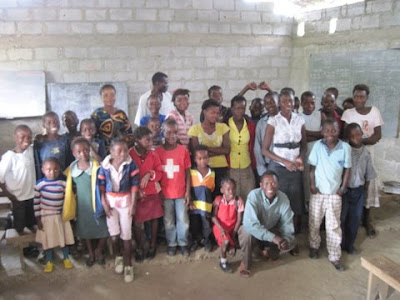 These kids sang some songs, and posed for the camera happy Mzungus.

And then we went to Joseph's house. I am pretty embarrassed that for as good of friends as we are, I haven't been there yet. No excuses, especially in a Zambian culture where visiting one's houses is near the top in importance. Thankfully he is very gracious. Anyway, it was so good to finally visit. I met his week old daughter, Hope. What a beautiful little girl. And I was able to snuggle with Joseph Jr. a bit as well. 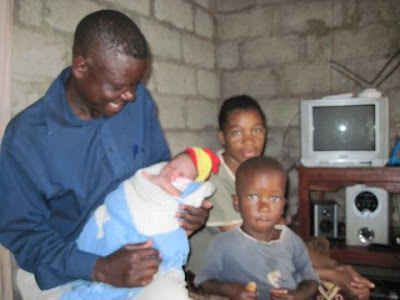 He seems so aloof and disinterested when I am there. But Joseph told me that after I leave, he will run around the community telling everyone that a Mzungu came to his house and hugged him. Pretty funny. The other funny thing was the other day, Kelly and Pete were giving Joseph a ride home and gave him an extra Peanut Butter and Jelly sandwich. He liked it so much he went and bought some Peanut Butter and Jelly and now his son Joseph Jr. doesn't want Nshima anymore, just a PB and J sandwiches. Ahh, the lure of America! After praying for their family, we went to Peter's house.

It was there that little Steve and I were reunited, yet, once again. He is a chubby little guy, super cute and pretty chill with Mzungus. It was great to see him again, and spend time in Peter's house with his family. Peter told me this week that Steve's brothers call him Professor (since I am Peter's professor). I thought that was pretty funny! 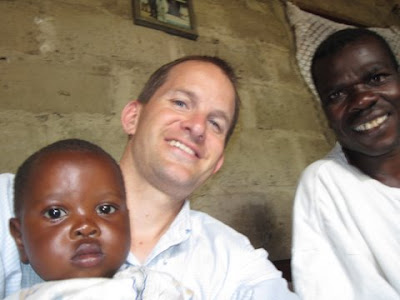 We then went from there to Patson's house where we were able to see his community school. Incredible. I was chatting with Patson afterwards. He was very encouraged by our visit and support and encouragement. We had arrived at lunch time and so I asked them if the kids brought their own food. He said, "No. We have started a feeding program." The feeding program cost about 1.2 million Kwacha a month (around $250 and he doesn't make even that amount for himself in a month, I don't think) and so every day, these kids get some porridge for lunch. “They are very poor.” He said. 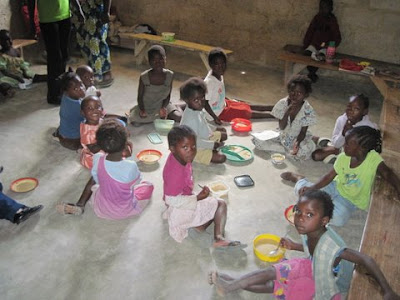 Later he mentioned about the feeding program, "We started it by faith. You have to start by taking a step. Some days, we don't have the food and we just hold up our hands to God waiting for him to feed us." Hello, Mr. George Mueller of Africa, nice to meet you. I am going to go eat some dirt around people less holy than you:) Oh my goodness, seriously? Who does that? Who seriously lives by that kind of faith? I have read books about people like you, but how is it that you are my student? How does he do it? He doesn't. God does. He said, "God is the one doing this. He cares." Later, he said, "Sometimes I just like to go and watch the kids. I love these kids. My heart is for these kids." 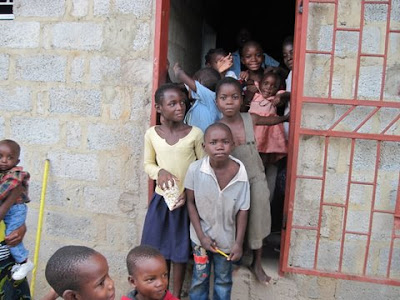 So, like I said, sorry you were not me this morning. That makes me sad. But hopefully I made it up to you a little bit by letting you know what God is doing in and through the pastors here in Zambia.

I am sorry too. Love the post, pictures and video.

Wow, Steve, great photos and stories. I don't think you stated what compound the first couple of photos were at. It looks like Missis? We pray for you often and hope tovisit again.

Thank you for the glimpse since we weren't there. Amazing is right!