A pastor for pastors 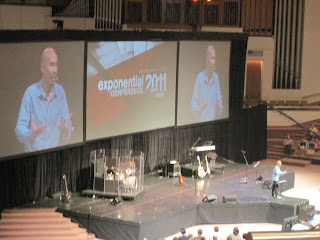 I enjoyed a great conference in Orlando this past week. It was encouraging in so many ways that a blog wouldn't even do justice. Frances Chan has been a hero to many, inlcuding me, and it was great to hear his heart in the journey that God has been taking him on. I was able to hear some great speakers, and have some good conversations with different people and leading thinkers on the church. But, one of the greatest stories of my experience was an interaction I had with Rick Warren. I have always appreciated the ministry of Rick Warren. He has a unique gifting of being both a visionary and a detailed implementer. His heart for reaching non-Christians and his desire to disciple, equip and send these believers into the world has resulted in an incredibly fruitful and successful ministry. He has sold millions of books and been all over the world. He spoke at the inagaration ceremony, hosted political debates, sold millions and millions of books, started a PEACE plan to reach the poor all over the world, and his church is somewhere around 24,000 people. Anyway, famous, popular, successful, controversial and busy. So, I was waiting for someone and I saw that he was giving away his purpose driven church book and signing it for pastors. So I got in line with the purpose of just saying thanks. I told him I was a missionary and I asked if he would sign it for one of my pastors. He grabbed 3 more books and started signing, asking for each name of the pastors. He then shared how his wife had been to Zambia, but he hadn't. We talked a bit more, and then I took a picture, thanked him for his ministry and for being a forerunner for discipleship and the gospel. Many have walked on the back of his sacrifice, and I just wanted to say thanks. I heard later about Rick that he told the conference people that he didn't want to speak, but to just give him a room so he could pray for hurting and discouraged pastors. He ended up doing devotions in the morning for people. His assistant was super cool, gave me his card, and told me to email him about some connections he might have in Zambia I did and he emailed back. It is not very common that the bigger someone gets, the more humble and down to earth they become. It seems that it is true in this case. I have spent the last four years, pastoring pastors, so I appreciate all the more his humble, encouraging desire to encourage and equip not only his church but pastors in the world as well. 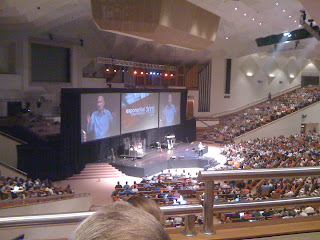 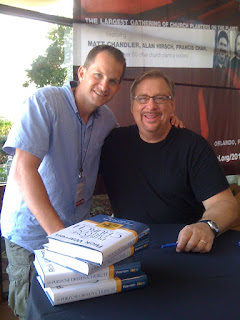