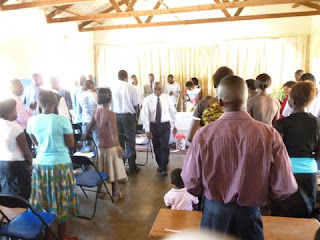 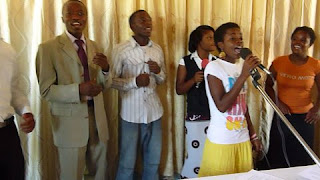 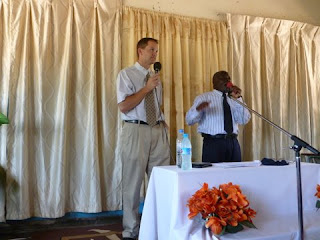 Wow. What a day. I knew I would say that expecting it was going to be 95
degrees in a hot, cramped, crowded school room with 15 other churches
worshipping nearby in other classrooms with sound systems turned on high. I
knew I was going to be speaking in a room at the heat of the day with noises
through concrete walls that were louder than I could speak. (Check out this
video of the room next door.)
I knew that I would be saying goodbye to a
beloved church. And still, today was above and beyond all that I could
imagine. I preached on unity, using the amazing story of David at the brook
Besor in 1 Samuel 30. The pastor is praying for unity for his church as they 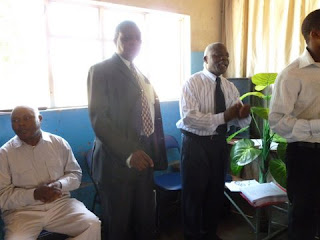 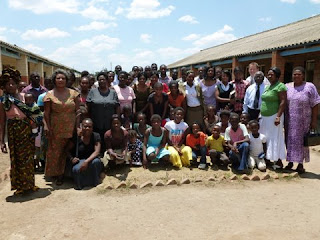 struggle to find a new place to live. They are praying and giving
desperately to get a plot of their own. But, they have so little in terms
of resources. I mean, so little. The city they are located is so densely
laid out and the property is expensive. It is a near impossible feat, if I
am to be honest. And so they are stuck in an elementary school with 15 other
churches. I see the pastor every class looking through the newspaper looking
for land, thinking to myself, he is never going to be able to find land
where he lives.
After the service, we went to the pastors house for some juice and crackers. 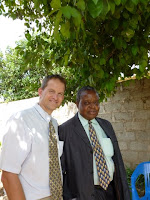 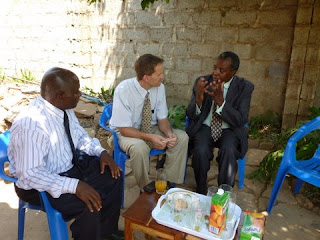 After talking about the service and the church in general, the pastor says
to me, the elders and leaders want to say some things to you. The first man,
Mr. Kaluba, shared with me how he was moved by the last time we were
together, when we taled about how I was going back to America to plant a
church. He shared an illustration with me how a seed must get into the dirt
and germinate and when it does, it produces two stalks. There is seed in the
stalks and that produces more seed and so forth. "When I heard you were
leaving," he says, "I wanted to give you just a little seed to help you
plant your church." He hands me an envelope. I feel the bulk in the envelope
and it appeared that there was some money in it. I asked if I should open it
now or later. The pastor said now is great. So, I opened it to find 6 $100
bills. I was overwhelmed. We had just spent the morning talking a lot about
a fundraiser they had had last night, where they raised 1.5 million in cash
(300 dollars) and 8 million in pledges (1600 dollars). And in my pocket,
this man had sacrificed and somehow given me $600 to help plant a church in
America. I shared about God's call to me to plant a church and how I
resisted for so long. This was an amazing confirmation to me that God would
indeed provide for me in the least likely places. So, I now have some seed
money, $600 to plant a church when I get home. I have supporters in America
who sent me to Zambia and now I have supporters in Zambia who are sending me
back to America. Amazing.
Posted by Steve at 6:59 AM